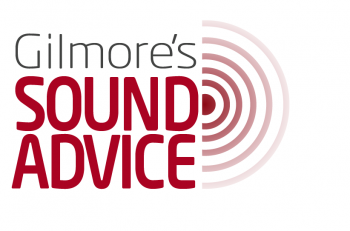 Speaker systems are a dime a dozen, or so it seems.  I have often wondered what the thought process is of the entrepreneur who decides that their contribution to the CI market will be another speaker design. Is it utter hubris, a metastasis of an overly aggressive and cancerous ego? I ask this because if you posted this question of “what product hole in your lineup needs to be filled?” the very last thing a custom installer would cite is another speaker line. But that is only the case if differentiation is not the goal. Enter Next Level Acoustics, a speaker company hailing from the technology hotbed of…Massachusetts.

Steve Katz- who represents Next Level nationally, dropped by our showroom and inquired if I was interested in a new speaker line. In between the no’s, he- as any good rep would, offered to drop off the new Next Level HV-10 Subwoofer and a pair of In-Wall monitors to audition. I’m a nice guy, so what the hell- I agreed. Besides, a new Hegel Rost had been loaned to me to evaluate, so I thought I’d kill two birds with one stone. Ignoring the derision of my employees (“oh look, yet another addition to Ed’s world of speakers!”) I wheeled in 3 boxes that contained the CI-HV10 subwoofer, and a pair of the CI-IWHDMON Speakers.

These guys from Next Level clearly spent an inordinate amount of time cleverly naming their product. The CI-HV10 stands for Custom Installation Series High Velocity 10, as in a 10” aluminum cone with a sealed front vented box, and a 500 Watt plate amp installed on the back. Looking at the hefty 17” x 14” x 20 box elicited a shrug…nothing new to see here people, move on. But outside appearances can be deceiving as I learned quickly with the HV10. In describing the HV10 and the larger HV12 subwoofer, Next level says “The key to their performance is a two-chamber tuning system that affects both the front and back of the active woofer cone. The back chamber acts as a governor providing a sealed air restorative force that prevents power robbing ultra-low frequency decoupling (subsonic “run away”), while the front/vented portion does the actual tuning and is responsible for delivery of bass into the room. This two-part tuning mechanism provides more precise power management and constant bandwidth over conventional open-faced subwoofers (nearly 50%), while adding almost 40% greater efficiency. The thermal tolerance of the woofer’s voice coil now becomes the output limiting factor, rather than excess excursion issues, common with open-faced sealed and vented subwoofers. A single 4″ flared vent (dual on the HV12), with less than 12 grams of actual moving air mass, creates a super-fast, responsive, low frequency shock wave that energizes the room and is more faithful to the input signal than slower conventional open-faced subwoofers. This provides a higher level of detailed bass at nearly 5X the speed. The CI-HV10/HV12 is simply faster, tighter and more faithful to the input signal.”  OK- that’s what they say. Manufacturers make up a lot of things to say but in this case, that is pretty much what I heard. Remember the shrug? Well, like a lot of things real beauty is often found on the inside. Before I get to my audition impressions, let me describe my thoughts unpacking the CI-IWDMON speakers; Dang, these things are big, heavy and solid with their MDF back boxes.

Oh, and what does that mess of letters represent?  I thought you would never ask… Custom Integration Series In-Wall High Definition Monitors. They can be used as an LCR or Stereo Pair. What we have in this 14” x 30” x 5” enclosure is a D’Appolito or MTM arranged 7inch SEAS Reed Cone midbass drivers with a 1 inch pure Scandinavian silk domed tweeter. Next Levels description of the Reed cones “stiffness” embedded into the highly-damped fiber cone whose assembly governed by shorting rings that act as a “pure piston” reads almost pornographically. The PG rated translation is that they are very accurate, exhibit low distortion and high SPL that does not betray their clarity. That’s all great, but how does the system really sound? Using an Oppo 103D for CD’s (sorry, it’s what I had), Tidal streaming through Blue Sound, and Hegel’s internal “HD Airplay” as sources through the Rost, it sounded damn fantastic. Full disclosure, I have been fairly spoiled by our loaned Steinway Model D system, or the Wisdom LS-75/STS system in our space. But the rest of the 99.99% mere mortals among us are looking for real world value and performance, and this is where Next Level excels.

If you want prodigious and lightning quick bass, with an uncolored, balanced and accurate presentation look no further. Whether I was listening to Radiohead, Coltrane, Prokofiev, Oscar Peterson, or Bowie I was impressed with the large soundstage and effortless dynamics. At the suggested MSRP price-point, which is 2-3 times lower than anything close to its quality, this system is impressive!

I did have one initial criticism; for my market in Manhattan, the 5-inch depth on the CI-IWHDMON with backbox is nearly prohibitive for the in-wall monitors, and almost no-one in Manhattan is looking at freestanding subwoofers. As soon as I uttered those words, Next Level was already showing me the solutions. Specifically, they have a full line of in-wall speakers that fit standard 2×4 construction. In addition, the team is developing an in-wall subwoofer, using (4) 4.5” woofers employing “shockwave” principles that the installer will fully drywall over leaving only a small opening at the bottom. The open port can be finished with a custom grille, or an AC vent cover for a minimalistic and hidden look. I will be looking forward to seeing these offerings, as well as whatever else is coming down the pike. In conclusion, I really like what I heard and if you like well-engineered speakers that can help differentiate your product line I strongly suggest you consider Next Level Acoustics.